Ken Vincett is the current owner of the land that this barn stands on. He believes that this barn and the house on the quarter were both built in 1914. The previous tenant of the land, Andrew Ullrickson, remembers that his father, Martin Ullrickson, and family were well off at the time. Andrew believes that this stability meant the family could afford to build the barn and house. The Ullrickson’s sold the property and moved to Monte Creek, BC in the late 1910s as they tried to stay ahead of the railroad. Martin Ullrickson loved the open range and sought to live free of fences and rail.

Ken Vincett reasons that this barn housed pigs for the entirety of its use. Additionally, this property also has a larger barn, which housed cattle and horses, but that barn fell down many years ago.

Ken knows for certain that the last time the barn pictured below housed pigs was in the 1970s. Peter Van Griethuizen, who is Ken’s uncle, lived on the property at that time and raised hogs. Ken remembers coming over to the property to play and help his uncle with the pigs when he was a child. Ken said that, while he was growing up, the “loft” of the barn stored a big pile of junk. Ken’s grandmother acquired this junk from a neighbouring family.

During Ken’s grandmother’s time, a family, who was renting a property nearby, had to leave their home. The land they had been renting was most likely sold and so the family had to move on. The Van Griethuizen’s agreed to store a few possessions during their neighbour’s move. However, the neighbouring family never came back for their items. You can still find some of the aged gear in the barn. The barn uses balloon frame construction. 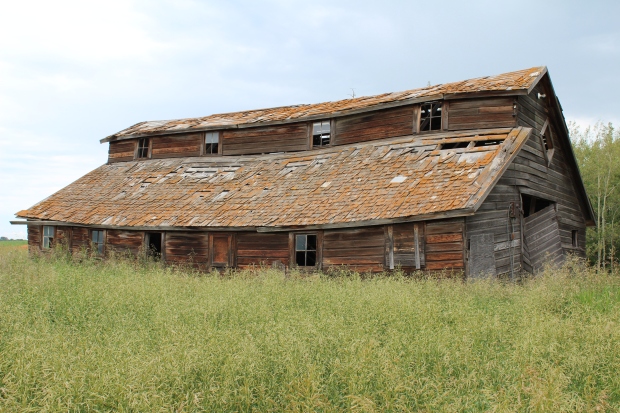 This frame is of the south half of the roof and a portion of the east face of the barn. The roof on this barn is a modified skillion-and-lean-to roof. It is modified because the skillion is not flat against the lean-to. Instead, the skillion has a lip with a separate slope which allowed for a bank of windows to be installed. 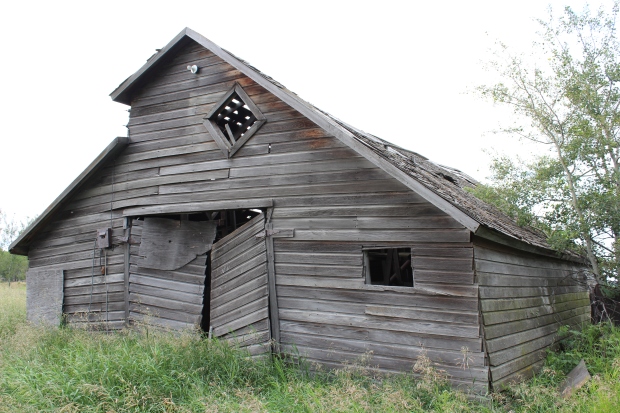 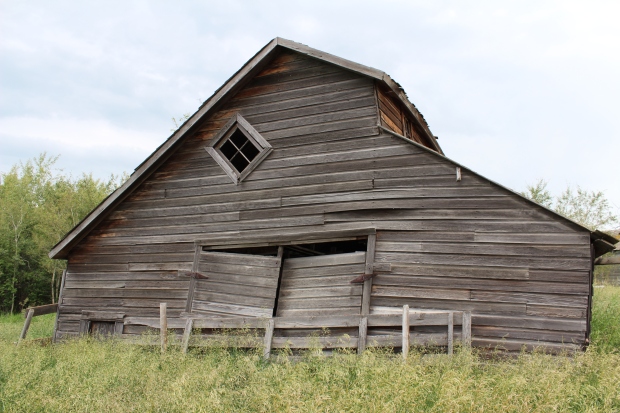 This frame is of the western face of the barn. 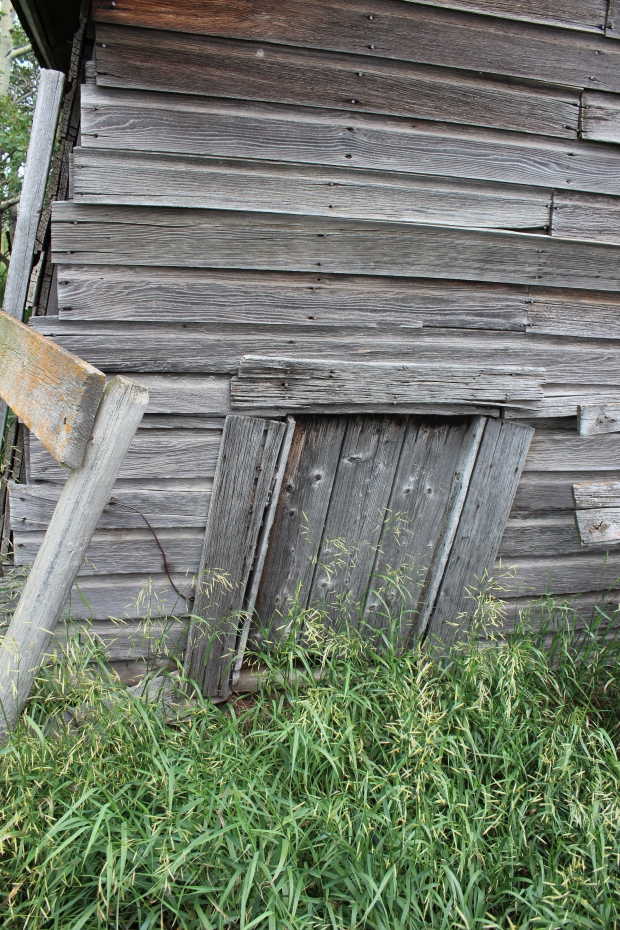 This is one of the doors that would be opened if the pigs were to be let outside into their pens. This door would have allowed the feeder pigs to enter and exit the barn.

The south half of the barn held most of the sows and piglets. Each sow would have its own pen inside and outside with a door in the side of the barn to connect the two.

The only use of the barn that was recorded is of its use as a pig barn. The current pens where last in use in the early 1970s. This frame shows then north-eastern pens.

This area, the middle of the barn, would have originally been a walkway because there are wooden timbers laid down on the floor.

This frame is of the pens on the south side of the barn. The enclosed area nearest the photographer would have a been a storage area for chop, which would have been shoveled into the feeder in the center of this frame.

This frame was taken in the middle of the barn looking west.

This frame is of two of the north-west pens. The doors that slide up to allow access to the outside pens are visible. There is a feeding trough in the south-western corner of the barn.

This frame is of two more pig pens in the south half of the barn.

This frame shows the other side of the chop feeder trough that is part of the southern stalls. The chop would fall down the chute into the lip at the bottom. There is a different type of food trough resting on the top of the chop feed chute.

This is where the chop would have been shoveled into so that it could fall into the feeding trough at the bottom.

The last user of the pig barn (Ken Vincett’s uncle) created water troughs out of barrels. He fashioned the barrels with a cup and valve near the bottom of the barrel. He would fill the barrel with water from a garden hose and the pigs could drink from the cup at the bottom.

This photo is from one of Forestburg’s earliest history books. It shows the barn and house built by Martin Ullrickson.

There is also a short history that goes along with the photos of the barn and house.

Roof Shape: Skillion and lean to

Martin Ullrickson had a run-in with some of the most notorious dwellers of the Battle River of that time. “Alberta’s Cattle Rustler King”, Jack Dubois, and his gang of cattle rustlers stole many branded cattle in the Forestburg/Galahad area. Many local residents still remember the name Jack Dubois to this day. For those of you unfamiliar with the story, the following history is worth the time it takes to read. The run-in between Dubois and Ullrickson was like a real life western movie. Click here to read more of their story. 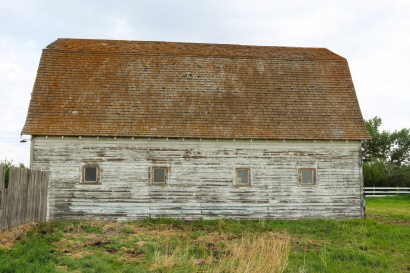 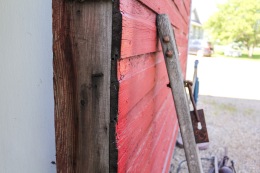 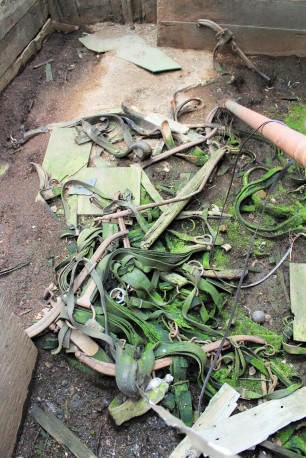