There were 2 identical chicken barns and a milk barn built from sod by William and Frank Badry in about 1928 on the SW 31-42-15 W4. The following description is for the two sod chicken barns. The walls of both chicken barns were made of sod, specifically dried slough bottoms that were cut with a plough by horse. The sod pieces were about 16 inches wide and were laid next to each other to create 2 feet thick walls. The roofs of the barns were created using a layer of branches, leaves, and straw with six to eight inches of black soil on top. The roof had a slight arched shape to it because of the materials used and the fact that the support posts in the center of the barn were all a few inches taller than the sod walls. The floors of the barns were concrete. The windows faced to the south on both barns to let light in as there was no power in the barns originally. Power was installed in the barns in about 1950. Four ventilators were built into each barn. Each ventilator was square, created using planed lumber, and ran from the ground up through the peak of the barn’s roof. There was a partition wall in the center of the barn which created two separate rooms in each barn. William and Frank Badry made water troughs out of metal bins and wooden boards, roosts out of logs, and nest boxes out of lumber to furnish the barn. Both barns were approximately 30 ft. x 60 ft. x 20 ft. when they were built. While these two barns are not longer standing, they are very unique due to their construction method. Many sod buildings have not been able to stand the test of time, especially if they were well-used.

Frank Badry came to the Heisler area in 1919. He married Mary Tarnowski on October 22, 1922. The couple rented various homesteads in the area before purchasing the land this barn sits on in 1932. They lived there until 1965 when they moved into Camrose. Their son, Victor, and his wife, Maxine, began living on this property in 1959 in a separate house in the south-eastern part of the yard. Due to each barn’s proximity to their homes, Frank and Mary kept their chickens in the northern barn and Victor and Maxine kept their chickens in the southern barn. The chicks were first kept in the brooder house and then moved to the sod barns. There were approximately 250 chickens kept in each half of the barn.

By the time Victor and Maxine Badry moved out to the farm, the north chicken barn had partially collapsed. The damaged portion, the eastern end of the northern barn, was removed and replaced with chicken wire to create an outdoor pen. The remainder of the northern barn stood until 1975. The southern barn collapsed in June of 1970 after several inches of rain. The collapsed roof trapped the chickens. Some chickens were saved by digging through the sod but several hundred died. It was a terrible incident for the family. Victor and Maxine lived on the property until about 1991 when they moved into Heisler.

Beginning in 1984, Shawn Badry, Victor and Maxine’s son, began milking his own cows on the family farm. He also helped with his father’s farming operation, milking cows and doing chores. He, his wife, Janice, have lived on the property since October 1991. 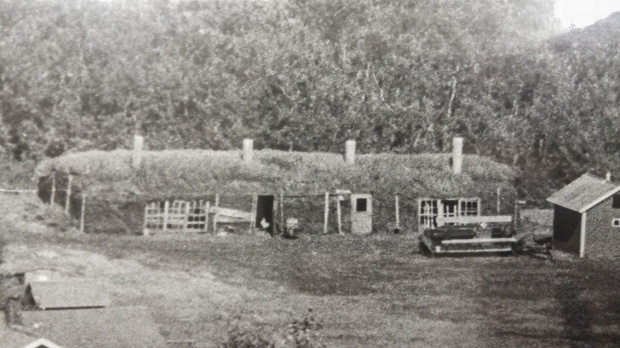 Close-up of the northern chicken barn. The eastern end, right side of the pictured barn, was partially collapsed by the time Victor and Marion moved to the farm. The windows on the barns face south to let light in.

Northern chicken sod barn in 1956. The two men in the picture are most likely Willam and Frank Badry.

Features: Four ventilators on each barn

Decorations: No names or dates 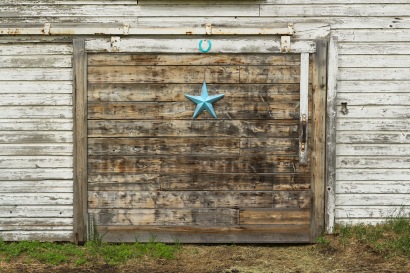 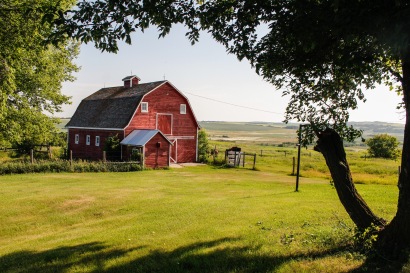 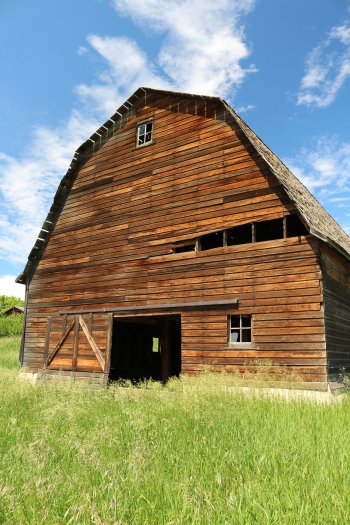 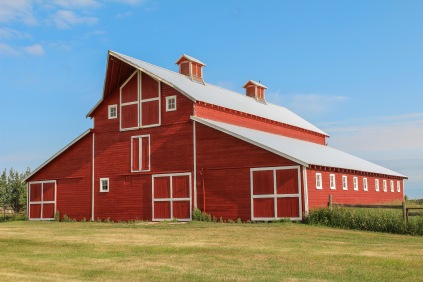 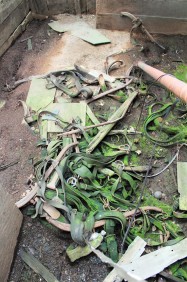 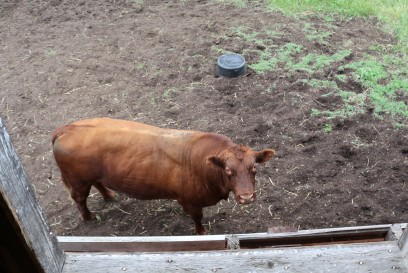 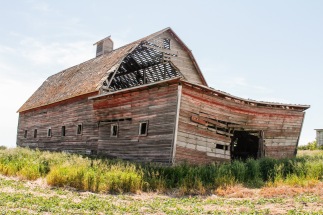